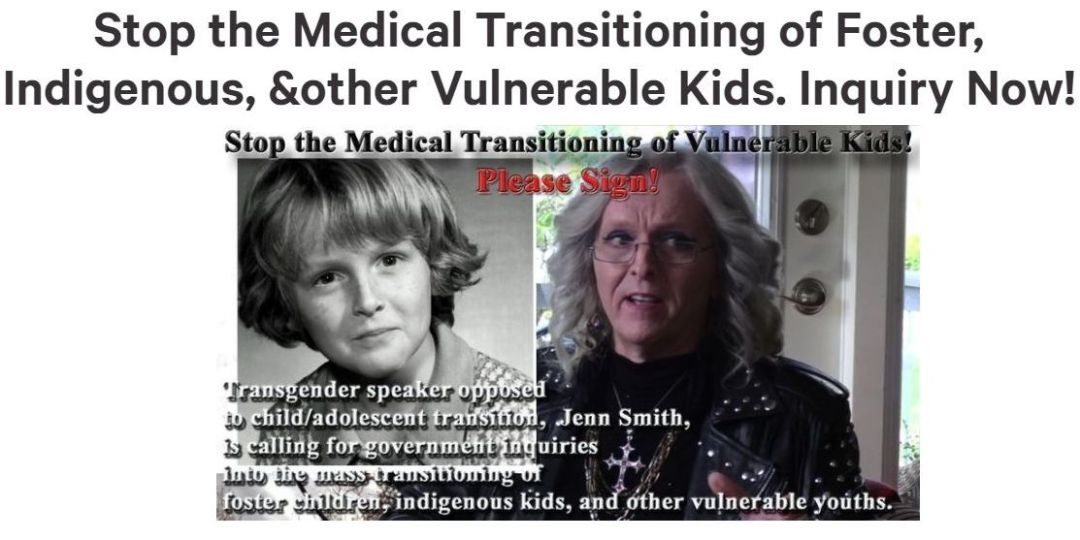 Jenn Smith is a 56 year-old transgender identified male. Born in Oliver, British Columbia. He has degrees in history and political science, and is a well-known transgender identified activist, writer and pubic speaker in British Columbia and Canada having led campaigns to get National Inquiries into and bring an end to the medical transitioning of youths. He has been writing and speaking on the dangers that transgender ideology poses to women and children, and more recently has focused his efforts on exposing SOGI 123 in schools and its assault on parental rights, freedom of religion, and freedom of conscience. He has been pushing for provincial and national inquiries into the mass medical transitioning of foster children and children with psychological and emotional problems. He has done countless public talks all across BC, staged rallies and protests, and presented to School Boards and the Supreme Court. The title of his most recent public talk is “Synanon, The Brainwashing “Game”, and Assault on Our Most Vulnerable Children: How transgender Ideology and Big Pharma is Assaulting Reality and Victimizing Our Most Vulnerable Children.”